The list of typical culinary of Lombok a lot. Indonesia is formed by a different number of islands. Each island in Indonesia has distinctive features and local wisdom is very strong. The society still holds firm local wisdom up to this time even to the next generation.

But here We will not discuss the so beautiful natural attractions on this Island. But that will be discussed is culinary tourism. Who would not be interested in taste the culinary cuisine of the? 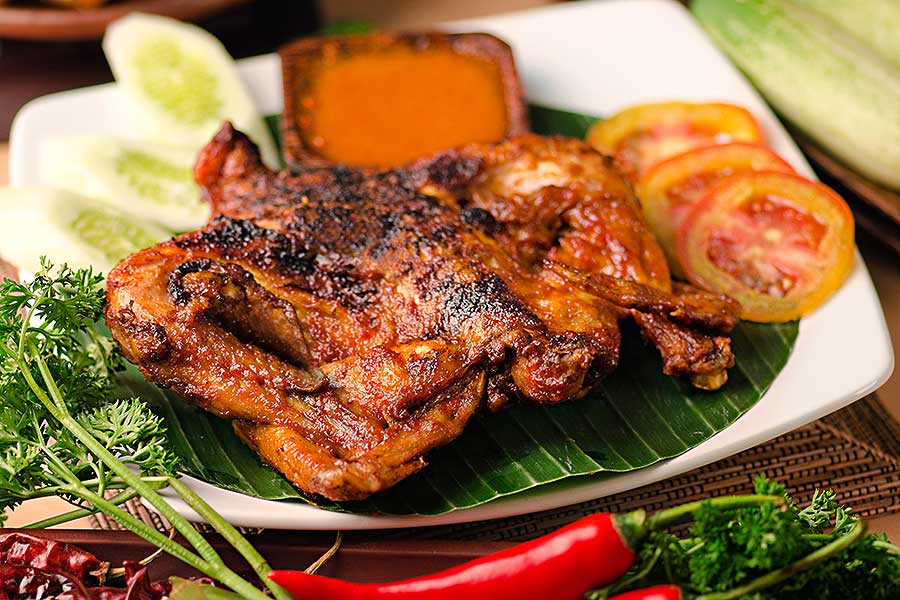 Cake Batun Bedil is a traditional snack. The material to make it in the form of glutinous flour, rice flour, starch, and some other ingredients. Cake Batun Bedil this will also be in the mix with the condensed water or materials made from pandan leaves, palm sugar, granulated sugar, and young coconut.

Ingredients flour-t is usually made in the shape of a small ball small almost the size of marbles. Then after so will be in the water the soup a brownish red from the material brown sugar and other ingredients.

In addition to can be found in the stalls that sell them. Usually, the food is served when society is holding an event such as a celebration for something that has been achieved.

The typical culinary of Lombok this one has a unique name and a bandage also so very unique. Usually made from sticky rice mixed with grated coconut. It was so sweet and the texture food also so soft and when open the wrapper must be careful so as not to fall. It because of the soft texture of this food. These foods are usually there when people do a celebration a wedding or event indigenous Sasak Tribe.

Culinary Cake Keng is almost the same as in java. But for the content of the food is certainly very different. People usually use materials selected to fill the meat of this food.
The presentation of this food will be found when the season of eid has arrived.

The typical culinary of Lombok this one comes from the area of East Lombok. Cake Kerake usually in the wrap with the corn husk and consists of 3 parts wrapped in seara directly. It was sweet and the ingredients used in the form of coconut and brown sugar.

Yes as the name of the basic ingredients used for this food is seaweed. The colors used are more likely to colorful and materials for the painter were using organic materials such as from the leaves. The food is supposedly in the trust can increase health because all the materials do not use Chemicals.

Culinary Apple is true can be found anywhere in the area that exists in Indonesia. However, if on the Island of Lombok culinary Nagasari this is using material from the Fruit of the Jackfruit. Of such different food Nagasari dominant use of Bananas. How to make it was the same within other areas.

Culinary Renggi is the typical food of the Island of Lombok itself. Made from sticky rice which is then in the rack to dry, once dry the food will be fried immediately. On the will now find food Renggi in the form of a mini, but in ancient times usually, it made almost of the tray. The presentation was in the dressing or smeared or in dishes are served with thick gravy sauce made from brown sugar.

The typical culinary of Lombok it’s almost like with Kupat in the area of Central Java. However, the material used comes from the sticky rice and the inside filled with red sugar on the outside in the dressing with the grated coconut. To wrap this food using the skin Tumbek and then steamed until cooked.

Food Tareq is made from rice flour, coconut milk, and a little solution of whiting. Then the dough is mixed and formed like a flower then before made this food must be fried first so that the texture crisp.

Culinary Chicken Pelalah is almost the same as this type of food on the Island of Bali. The material used is shredded the grilled Chicken which is then presented in a marinade into a Marinade or sauce.

Food is very easily found in almost every corner of the Island of Lombok. The materials used have to use Chicken. The way of presentation of Chicken fried until quite ripe and put into a sauce made of a particular material with a percentage of chili more. But no need to worry because the pepper that is used does not contain the spicy flavor is high.

The typical culinary of Lombok is almost similar to sate Lilit Bali. But the difference is that in use on the Island of Lombok it uses material from beef meat mixed with coconut. It tastes so savory. How made usually bakes.

Food is in the form of beef mixed with special seasonings and then if by way of on the rack then in and then fried until cooked. Food is served with a sambal Sebie typical of the Island of Lombok.

This culinary is known by the name of Lebui Kelaq Pangkes that ingredients in the form of a black soybean which is then cooked and mixed with a sour sauce that has been seasoned. This food has a unique blend of flavors that is spicy and sour.

Culinary Sate Rembige is almost similar to sate Madura but it could never be compared because the spices used are certainly much different. Car presentation in the serve with lontong or rice. For the meat used can be beef or chicken meat.

Culinary this one is very popular in Lombok Island own the cast up to the outside of the Island. The materials used are Chicken whole in the marinate spices typical of Lombok and then grilled until cooked. Then served with a sauce typical of the island of Lombok.

The presentation of the Food is using ingredients and spices typical of Sasak Tribe which mixed with the mixture of chili meat, soybeans fried options, the fries, and of course with a plate of Rice.

19. Kuliner Plecing Kangkung
The typical culinary of Lombok will be found in the area of West Lombok. Kale used typically are larger in size and using special ingredients and spicy taste to be dominant in this cuisine.

Food Food is made from Banana Tree Kapok Young. Eat a vegetable cooked with a special seasoning. This food is usually made when there is a custom event only. But the growing era cuisine is also served in almost all food stalls in the Island of Lombok.

That’s some of the typical Culinary of Lombok. The list is still not complete given the many cuisines on the Island of Lombok.

What You Need to Know about Bali-Lombok Fast Boat Service

ferry from bali to gili trawangan

The fast Boat Service from Bali to Lombok Island

Gili Kondo, the Beautiful Island at the Eastern End of Lombok

Read more
× How can I help you?